About The Creative Train

Creativity involves breaking out of established patterns in order to look at things in a different way.

Just imagine for a minute that each and every one of your employees was actively engaged and satisfyingly stretched by their role.

Imagine each of your staff working creatively, cooperatively and fulfilling their very best potential. What effect would that have on your business?

At The Creative Train our aim is to engage with your strongest selling point – your people – and through our workshops lead the development and release of that vital store of creativity and innovation that ignites new ideas and powers business excellence.

We are a UAE based training company specialising in bespoke training workshops for innovative businesses here in Abu Dhabi, in Dubai and internationally. We have delivered workshops in Europe, South Africa, India, Brazil and the Middle East. We use a specialised form of training called Creative Training which finds its roots in the use of lateral thinking and creative processes.

Your business is unique and so is ours. We are small, but therein lies our strength; Our boutique approach allows for a personal, creative and very specific response to your business needs.

We’d love to meet you so drop us a line and let’s talk about doing things differently.

It was 2013 when Briana swapped the green and rain soaked cultural metropolis of Dublin, Ireland for the constant sunshine and dusty heat of Abu Dhabi. And it was here she met her new business partner, Carina. Together they decided to set up a company offering innovative training to businesses in the area and beyond.

Briana’s backstory – After gaining a degree in Creative & Performing Arts, Briana launched into a successful music career most notably as the lead singer for the English band, The Beautiful South with whom she enjoyed huge international success. Briana then released two self-penned critically acclaimed solo albums, on Warner Records and subsequently on her own label, Redbird & Anchor. As a songwriter she has collaborated with a variety of artists and her songs feature on various compilation albums. Briana holds an MA (with distinction) in Creative Writing from Queens University, Belfast, and her poetry has been published in magazines such as The Stinging Fly. She also writes for the stage and in 2012 was commissioned to write her first play “The Scarlet Web”, which toured Ireland and Scotland 2012/2013. Briana also has a variety of acting credits to her name in both theatre and film.

Briana trained as a Creative Trainer in 2002 when it became clear looking after a young family and touring weren’t compatible! She trained with Arts & Business, one of the leading global experts on arts and business partnerships. As a freelance trainer her clients have included Price Waterhouse Cooper, Women in Business, Emo Oil, The Council for Curriculum Examinations and Assessments, UK, The Open University, The Grand Opera House, Belfast, and a series of UK Government sponsored initiatives connecting schools, businesses and the arts. 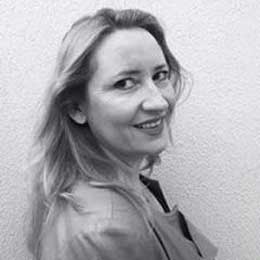 Growing up the daughter of one of the first female sales reps in Dublin, Ireland and subsequently the owner of an extremely successful business, instilled in Carina the desire to one day have her own company. Her partnership with Briana has realized that dream.

With ten years experience in recruitment as a Consultant and ultimately as a Company Director, Carina knows it’s people that drive businesses forward and how well you connect to those people that secures a company’s success.

Sourcing the top talent available for some of the largest companies in Ireland including Intel, IBM and Google, to name but a few not only developed her business and commercial acumen, but also directed her towards training and the benefits of investing in people.

Carina has spent the last eight years as an Educator and Facilitator giving her the opportunity to develop people’s business skills in an exciting and memorable way. Carina is passionate about her work and believes to fully engage a group, to make them care about and absorb the learning, it’s workshops delivered through Creative Training that gets results.

Menu
This website uses cookies to improve your experience. If you continue to use this site, you agree with it.
Ok